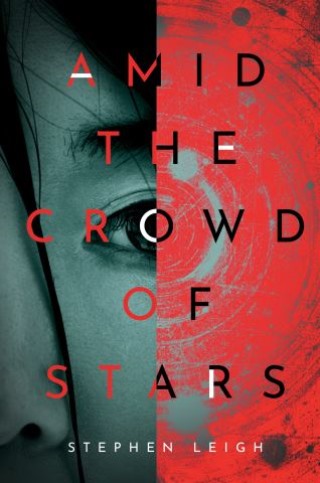 Amid the Crowd of Stars

This innovative sci-fi novel explores the potential impact of alien infection on humankind as they traverse the stars and find themselves stranded on new and strange planets.

Amid the Crowd of Stars is a grand scale science fiction novel examining the ethical implications of interstellar travel, a topic rarely addressed in science fiction novels. What responsibilities do we have to isolate ourselves from the bacteria, viruses, and other life of another world, and to prevent any of that alien biome from being brought back to Earth?

What happens when a group of humans are stranded for centuries on another world with no choice but to expose themselves to that world? After such long exposure, are they still Homo sapiens or have they become another species entirely?

These questions are at the heart of this intriguing novel, explored through the complicated lives and the viewpoints of the people who have come to rescue the stranded colony, the members of that colony, and the sentient alien life that dwells on the planet. Difficult life and death choices will be made by all involved.

Stephen Leigh: Stephen Leigh is an award-winning author with nineteen science fiction novels and over forty short stories published. He has been a frequent contributor to the Hugo-nominated shared world series Wild Cards, edited by George R. R. Martin. He teaches creative writing at Northern Kentucky University. Stephen Leigh has written Immortal Muse, The Crow of Connemara, the Sunpath duology, and the fantasy trilogy Assassin's Dawn.